Low Down was released June 12th, 2021 at the Hustle & Grind Literary Convention in Detroit, MI. Tonja Ayers was selected as a featured author along with several other notable authors in urban literature like New York Times Best Seller Wahida Clark, Teri Woods, and Shannon Holmes. The turnout was epic and feedback has been phenomenal. 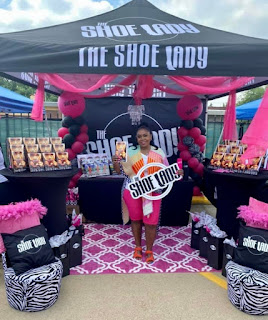 Posted by The Shoe Lady at 7:27 AM No comments: 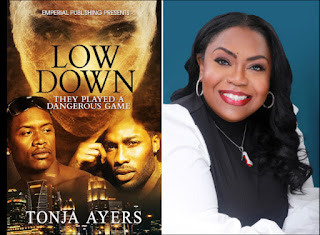 USA - Award-Winning Filmmaker Tonja Ayers is making her return to the literary scene by releasing her ninth book, Low Down. The upcoming book features two men, Grant Ashford and Jalen Ross, who live very affluent yet different lifestyles but are on the verge of meeting head-on due to their decision-making and shared relationships. While one man is running for the highest office held in a major city, the other is a party promoter, hanging on by a thread and who unknowingly sacrificed everything to feed his personal desires. “Low Down is a book loosely inspired by true-life events,” Ayers stated. “Many women are dating and even married to men who unbeknownst to them, are living double lives by participating in down low lifestyles.” Since the release of her first book, “Stay in Your Place,” Ayers has continued to push the envelope in both film and literature. Low Down will be released June 12th, 2021 at the Hustle & Grind Literary Convention in Detroit, MI. Ayers has been selected as a featured author along with several other notable authors in urban literature like New York Times Best Seller Wahida Clark, Teri Woods, and Shannon Holmes. “Low Down is different from my previous books because it’s more of a crime story versus a relationship story,” said Ayers. Like many creatives, Ayers was affected by COVID-19 and had to make certain adjustments for promoting the new book. “COVID-19 has caused me to shift to conducting more business online, but the initial shutdown provided some extra time for me to complete Low Down,” said Ayers. For more than 20 years, Tonja Ayers has helped others get on their feet—literally and figuratively. Affectionately known as “The Shoe Lady” worldwide, Tonja Ayers has made monumental strides in business, books, and the big screen. A proven industry leader who is widely respected amongst both colleagues and consumers alike, Tonja’s entrepreneurial insight, entertainment acumen, and literary genius are second to none. Featured in several prominent publications across the country, this author, playwright, retail guru, and filmmaker is not only intentional about creating the life of her dreams—but she’s most passionate about helping others do the same. From selling stilettos to receiving standing ovations in sold-out theatres, Tonja is destined for greatness. She has authored eight books and will release her ninth book project, Low Down, in the summer of 2021. Based on the stories of infidelity her clients shared while trying on shoes, she authored the bestselling book, Stay in Your Place. Even though she wrote the book as a joke, when she mistakenly ordered 500 copies, little did she know that she’d sell out in just a week. Taking the message from the page to the stage, Tonja hosted her debut stage production, Stay in Your Place, before two sold-out audiences. The success of the stage play inspired her to film the movie version of Stay in Your Place, which sold out three movie theaters at its premiere. By February of 2020, Tonja released her second feature film, Chocolate Kiss, which premiered before five sold-out theaters. Her short film, TEN has been nominated and selected for various film festivals. Tonja was honored with the Spirit of Detroit award in 2019 and was recently nominated for the 2021 Detroit Choice Awards. Contact Information: Tonja Ayers theshoelady1@gmail.com
Posted by The Shoe Lady at 12:37 PM No comments: 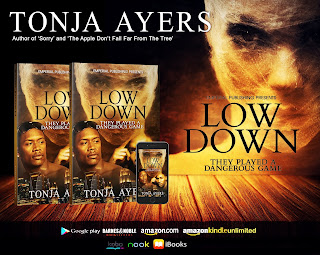 Grant Ashford has his heart set on becoming the next mayor of the City of Detroit, and he has joined forces with some powerful players to assist with obtaining this goal. He is well aware of their ability to turn his dream into a reality; however, he is quite naïve regarding the fact that commingling with this circle could possibly turn his dream into a nightmare. What does a player do when he finds out he’s the one being played? Jalen Ross is one of Detroit’s most-popular party promoters. He is a self-centered man with salacious cravings that have governed him to live his life on the edge. Consequently, by living a lie, he has risked it all: his beautiful wife, extravagant home, and luxury vehicle. Jalen’s sordid secrets and love affairs are both elements of a dangerous game—a game unlike any other game or person he’s ever played before. Jalen will soon realize he’s out of his league and has selected the wrong opponent to play against. But will that realization appear too late to save his marriage, or more importantly, will he be able to save his life? Low Down is a scandalous tale of two men from different walks of life whose lives haphazardly intertwine, causing them to play a deadly game against the same opponent.
Posted by The Shoe Lady at 12:31 PM No comments: 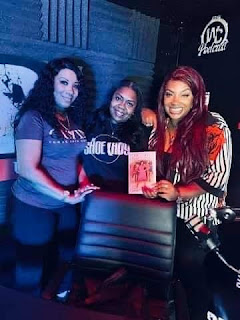 Posted by The Shoe Lady at 6:16 PM No comments:

I'm so excited about the release of my next book titled Low Down. Here's some feedback from one of my test readers. 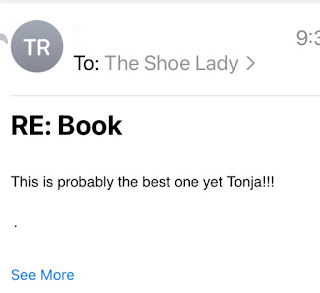 Posted by The Shoe Lady at 6:12 PM No comments:

Low Down is a spiraling tale about men on the down low. The "DL" as some call it, is a man living a heterosexual life but having sex with men unbeknownst to his wife or woman in his life. There are many reasons men live down low lives but nevertheless many see it as being low down. #ComingSoon #Summer2020 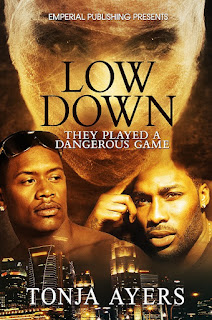 Posted by The Shoe Lady at 6:05 PM No comments:

Our short film TEN has been accepted into two film festivals and I am soooo excited. Many people think of money as being dirty and nasty because of the places it has been like on the floor or in a woman's sweaty bosom but what about the situations in which currency is exchanged?   TEN follows the journey of a ten dollar bill where it exchanges hands ten times within a 24-hour time frame. Click the video below to watch. If money could talk, what would your money say about you? Would it reveal your dirty little secrets or nasty habits? Do you know where your TEN has been? 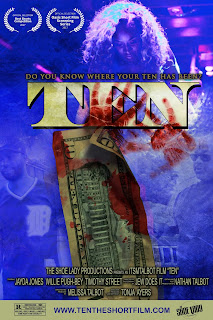